Through this competitive funding, all federally recognized tribes, nations and pueblos within New Mexico have an opportunity to submit a robust project proposal for their community. At each funding cycle, the project proposal is evaluated and based on scoring, is awarded funds through the 13-person Tribal Infrastructure Board, which is administratively attached to the New Mexico Indian Affairs Department.

This funding is only available for federally recognized Indian nations, tribes, or pueblos located wholly or partially in New Mexico or any of its governmental subdivisions. Each year, a Notice of Funding Announcement (NOFA) will be placed on our website notifying all interested parties of new monies available. Each interested party should access the TIF Application Portal to submit their application. For instructions on submitting funding applications via the TIF Portal, please refer to the TIF Portal User Guide. 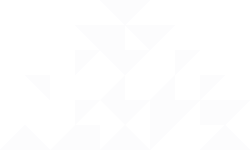 CLICK HERE FOR THE LATEST INFORMATION ON THE CORONA VIRUS