Each Tribe is a sovereign nation with its own government, lifeways, traditions, and culture; and each tribe has a unique relationship with the federal and state governments.

The twenty-three tribes in New Mexico are actively engaged to preserving their indigenous languages, religion, culture, the environment and in promoting quality education and health care for all members, especially their youth and elders. Economic development as a means to achieve these goals is important to Tribal leadership as is homeland security and housing for their communities.

The Commission on Indian Affairs was created by statute in 1953 by the New Mexico State Legislature. The statute established a state agency, the Office of Indian Affairs (OIA), which would serve as a vehicle between New Mexico’s governor, legislature, and the state’s separate and distinct tribal groups. Former Governor Bill Richardson signed Executive Order No. 2003-022 on June 20, 2003, elevating the OIA to the Indian Affairs Department (IAD), a cabinet-level department.

In April 2004, House Bill 39 which formerly established the Indian Affairs Department by legislative statute, was passed and signed into law. 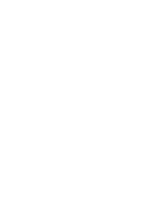